Two of my books are in this promotion.

Know You More is Book 1 in my Savannah Sweethearts series of coastal city and beach town Christian romance. In this book, Pastor Diego Flores is growing his church, Riverside Chapel, while falling in love with his best friend’s sister, Heidi Wei. Look for the moonlight walk on the beaches of Tybee Island.

Smile for Me is Book 1 in my Vacation Sweethearts series of travel romances. We go to sunny Bahamas in this novel featuring Byron Moss and Tina MacFarland, as they balance love and duty at a summer camp in Nassau. Look for island summer and white sandy beaches. And hammocks under coconut trees.

Today I am introducing myself in the Save the Date boxed set reader group. Check out the full post here:

Here is a partial excerpt of my introduction:

Hello readers! I write Christian beach romance, romantic suspense, and technothrillers. I’ve also published one devotional (which took me years to write LOL). Somewhere in the past, I also wrote Jane Austen and Elizabeth Gaskell parodies, but I haven’t returned to those in years. These days, I primarily focus on beach romances, travel romances, romantic suspense, and clean near-future thrillers.
I’m excited about our SAVE THE DATE boxed set, and I want to give you a preview of my novella book cover. Her Love So Sure is the first of four books in my new Hometown Weddings Christian Romance collection.
Three things you might not know about me:
What kind of books do you like to read? Do you like beach romance no matter what the weather is outside your house? Or do you like to read more seasonally i.e. if it’s fall/autumn, you read a fall/autumn romance, and if it’s spring, you read a spring romance?

Today I am blogging over at InspyRomance about the very first lines of a fiction book. I gave some examples from the classics as well as the first lines for some contemporary Christian romance books written by fellow InspyRomance authors. Check it out!

Happy new year, readers! To be honest, it might take me a while to write “2021” when I’m writing down dates. I’m trying to make sure I don’t revert back to “2020” for the next few weeks. Speaking of firsts, since this is the first month of the year, I thought it might be fun to talk about the first lines in books, usually found in Chapter 1, but sometimes in the Prologue.

How many times has a book grabbed you by the first line? I recall literature fans extolling the first lines in some classics such as these:

“Marley was dead: to begin with.” – A Christmas Carol by Charles Dickens

“The ungentle laws and customs touched upon in this tale are historical, and the episodes which are used to illustrate them are also historical.” – A Connecticut Yankee in King Arthur’s Court by Mark Twain

What about this classic opening line?

“There was no possibility of taking a walk that day.” – Jane Eyre by Charlotte Brontë

And then there’s the famous first line from Jane Austen’s novel.

“It is a truth universally acknowledged, that a single man in possession of a good fortune, must be in want of a wife.” – Pride and Prejudice by Jan Austen

That doesn’t hold a candle to the number of semi-colons in Austen’s Persuasion. This novel is a favorite of mine, except perhaps for the first line, which might not be as persuasive if you’re not a Janeite in the first place.

“Sir Walter Elliot, of Kellynch Hall, in Somersetshire, was a man who, for his own amusement, never took up any book but the Baronetage; there he found occupation for an idle hour, and consolation in a distressed one; there his faculties were roused into admiration and respect, by contemplating the limited remnant of the earliest patents; there any unwelcome sensations, arising from domestic affairs changed naturally into pity and contempt as he turned over the almost endless creations of the last century; and there, if every other leaf were powerless, he could read his own history with an interest which never failed.” – Persuasion by Jane Austen

Whew. That was a long first line that won’t work today, will it? Do you think readers in 2021 like to read such long first lines?
By the way, if you’re wondering why I chose the examples above, it’s pretty simple: they are in the public domain and I can quote the books freely.
Well, what about contemporary Christian romance, which is my blog focus today? Here are the first lines from new books written by some of our InspyRomance authors. 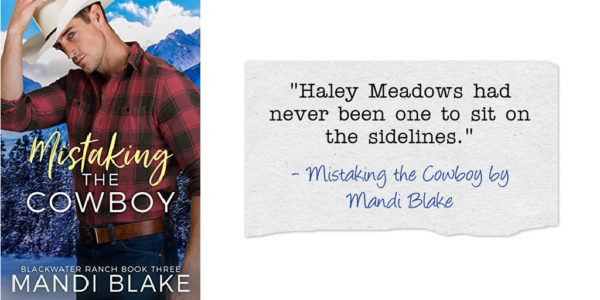 “Haley Meadows had never been one to sit on the sidelines.” – Mistaking the Cowboy by Mandi Blake 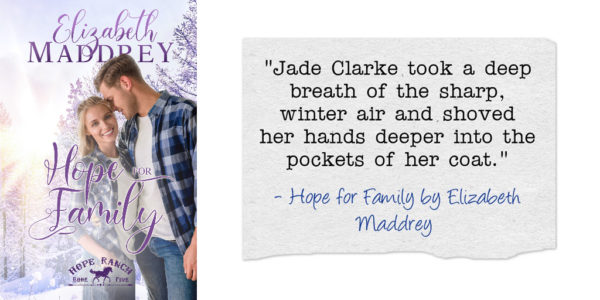 “Jade Clarke took a deep breath of the sharp, winter air and shoved her hands deeper into the pockets of her coat.” – Hope for Family by Elizabeth Maddrey 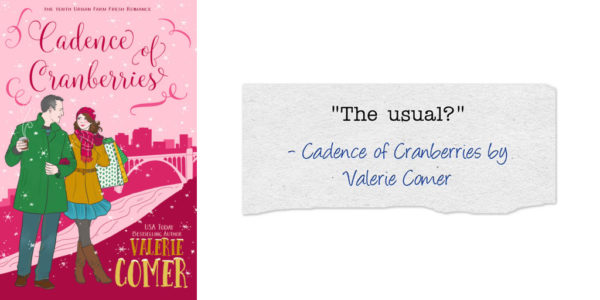 “The usual?” – Cadence of Cranberries by Valerie Comer 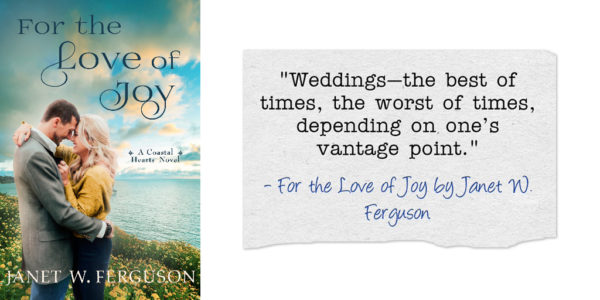 “Weddings—the best of times, the worst of times, depending on one’s vantage point.” – For the Love of Joy by Janet W. Ferguson 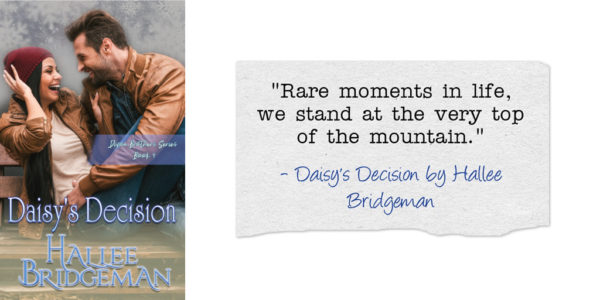 “Rare moments in life, we stand at the very top of the mountain.” – Daisy’s Decision by Hallee Bridgeman 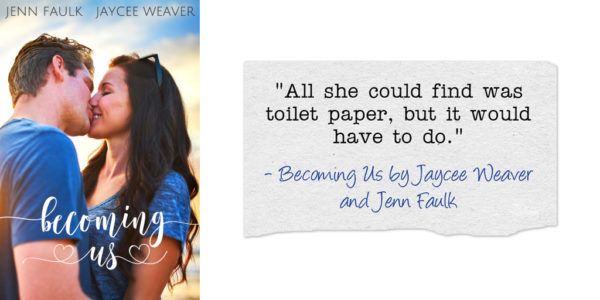 “All she could find was toilet paper, but it would have to do.” – Becoming Us by Jaycee Weaver and Jenn Faulk 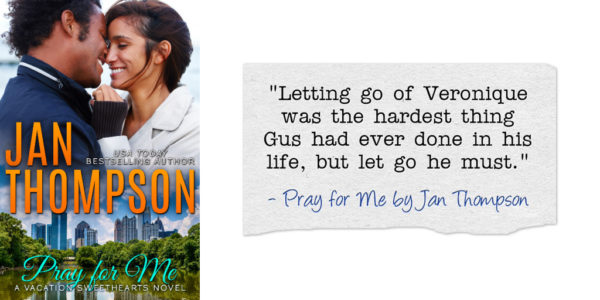 “Letting go of Veronique was the hardest thing Gus had ever done in his life, but let go he must.” – Pray for Me (Vacation Sweethearts Book 5) by Jan Thompson 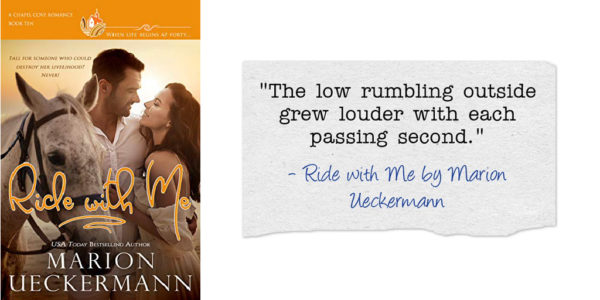 “The low rumbling outside grew louder with each passing second.” – Ride with Me by Marion Ueckermann 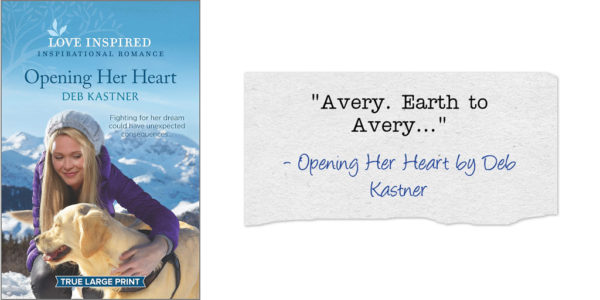 “Avery. Earth to Avery…” – Opening Her Heart by Deb Kastner
Now it’s your turn. What are some of the most memorable first lines you have read in contemporary Christian romance?
BONUS FOR YOU: Looking for something warm to read this cold winter? How about a beach romance? For a limited time only, I took my prequel novel, ASK YOU LATER, out of Kindle Unlimited so that I can give it to my readers for FREE. I don’t know how long I’ll be doing this, but grab it before it goes away.
JanThompson.com/ask-free
Happy reading!